Stopping Grapevine Trunk Diseases in their Tracks: Study on Minnesota’s vineyards published by DeKrey and colleagues 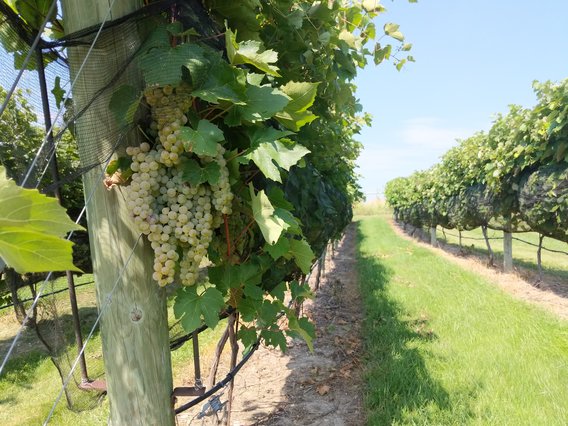 In Minnesota, grape growing is a fledgling and quickly increasing industry, but most existing research on grapevines caters to growing done in mild, Mediterranean-like climates very different from the Northern Midwest. This study surveys and identifies fungi associated with grapevine trunk diseases (GTDs) of cold-hardy varieties in the Northern Midwest and its routinely harsh weather conditions. In this study, 172 samples were used to culture and obtain 640 isolates, leading to using ITS sequencing to identify 420 unique taxa. 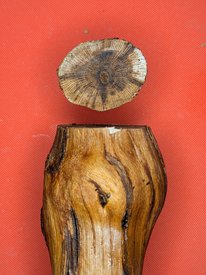 Damage included skips in cordons, generalized dieback, reduced productivity, vascular discoloration, vascular decay, and vine apoplexy, and 32 or 34 sampled locations (in 20 of 21 counties) had at least one infected sample. The most commonly found GTDs in this study were of the phylum Ascomycota. However, the most prevalent species that occurred on grapevines in this study, like Cytosphora and Diaporthe, occur far less often in other parts of the world. These findings also run contrary to assumptions held by many of the participating Minnesotan growers over prevalence of “bot-rot,” or Bot canker, which this study found to be rare in the region.

Spores were most often disseminated by rain, irrigation splash, or contaminated tools, rarely by wind alone. Winter injury, such as frost cracks in woody tissue and bud damage, was most apparent on Marquette grapevines and in vineyards with little wind protection. Wounds from winter injury and pruning allow entry for GTD pathogen infection in spring or fall rains, allowing spores to colonize and spread.

While GTDs do real damage, they are not a death sentence for the plants—slowing the spread through phytosanitary practices is a key strategy for plant longevity. Findings from the study also featured practices for decreasing disease spread. DeKrey and colleagues recommend promptly removing and destroying debris after pruning plants, pruning in the dormant winter season, and routinely sanitizing tools as cornerstones of decreasing disease in vineyards. For example, keeping 70% ethanol in a spray bottle while pruning, frequently spraying the shears, and allowing the shears to air-dry before use is a quick and efficient sanitization method.

Further research about GTDs in cold-hardy varieties is in-progress to answer additional research questions raised by the initial study, with funding from the Minnesota Department of Agriculture’s Specialty Crop Block Grant. This includes a GTD survey on cold-hardy varieties in nurseries, development of a GTD rapid test for use in plant disease clinics such as the University’s, and spore-trapping studies to determine optimal pruning times in Minnesota.This research was funded by the Minnesota Agricultural Rapid Response Fund and Minnesota Department of Agriculture’s Specialty Crop Block Grant.