The first accurate genome map of Aegilops sharonensis, a wild grass species found in Israel and Southern Lebanon, revealed a remarkable gene that protects against wheat stem rust fungus Puccinia graminis f. sp. tritici. This resistant gene can be crossbred into wheat to bring that immunity, and give protection against the deadly pathogen of the rust. According to Dr Brande Wulff, co-author of the study, this is a "blockbuster gene that confers amazing immunity. If I were stem rust, I would be shaking in my spore."

Brian Steffenson, PhD, and Pablo Olivera, PhD, both contributed to the study, along with Oadi Matny and researchers from the John Innes Centre and the Sainsbury Laboratory. Steffenson elaborates on valuable use for the gene: "It is our hope that the resistance gene cloned in this research will, when combined with other genes, confer long-lasting resistance in wheat varieties, thereby reducing the threat of stem rust disease."

Steffenson examines wheat in the field. 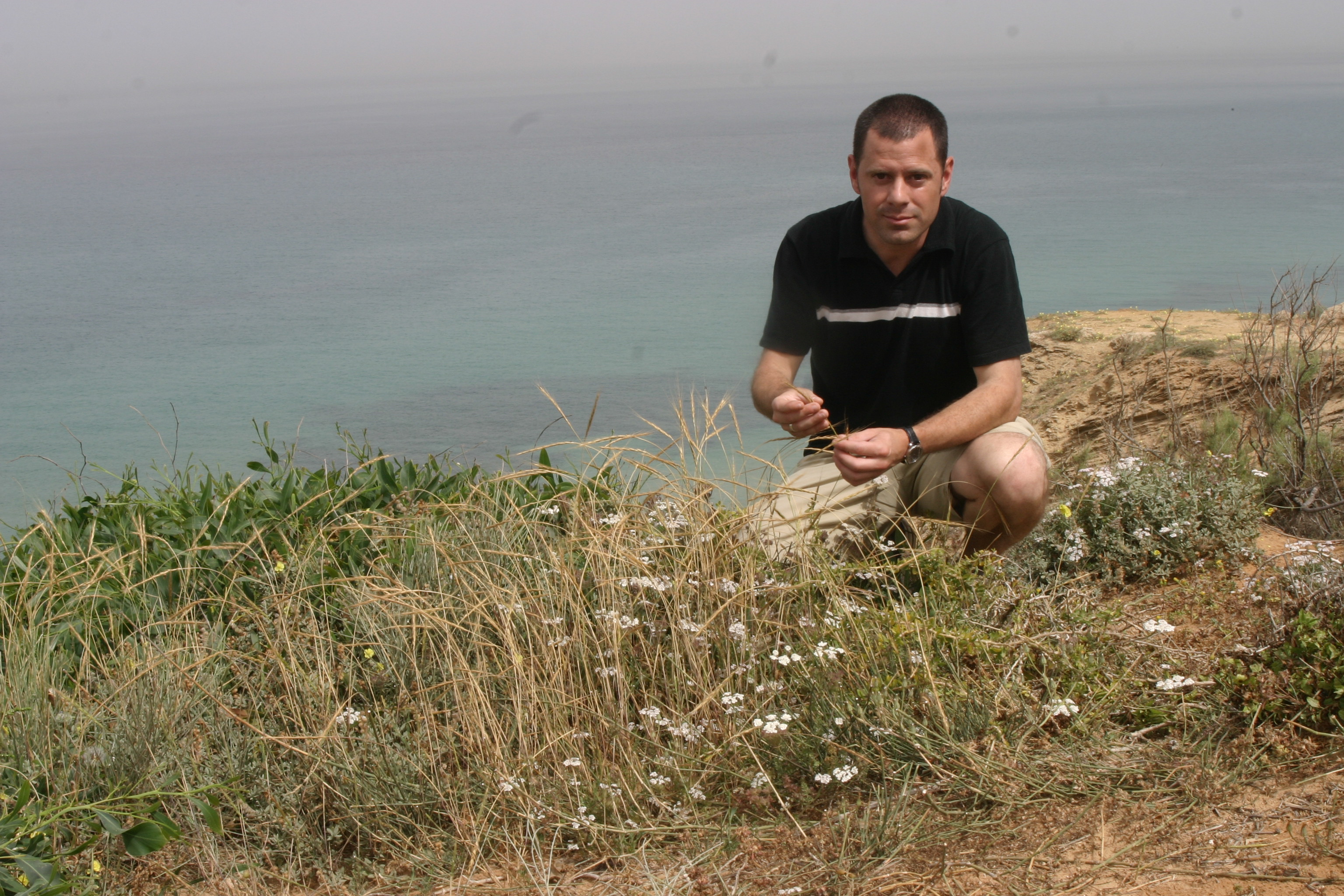 Olivera on a collection trip in Israel, 2007.