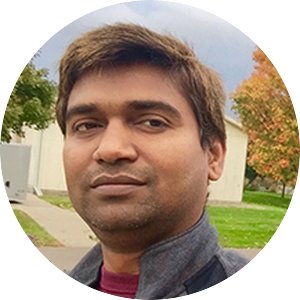 My research interests are mainly focused on plant pathology, molecular biology, and functional genomics. During my doctoral research, we discovered a novel mastrevirus, Wheat dwarf India virus (WDIV), and developed a VIGS vector system for wheat. In another project, I detected and characterized begomoviruses and associated satellites infecting economically important crops in India. My postdoctoral research at UMN focuses on developing Fusarium head blight (FHB) disease resistant durum wheat lines. We used a chemical for removing methylation from the genomes of the selected durum lines. Some of the treated lines showed significant FHB resistance and have been selected for global methylome and transcriptome analysis. We hope to discover some candidate genes and investigate their role in conferring FHB resistance. On the other aspect of the project, we are using gamma irradiation to delete the suppressor locus present on the chromosome XX and develop the radiation hybrid lines, which will be followed by mapping the exact location of the suppressor gene(s).