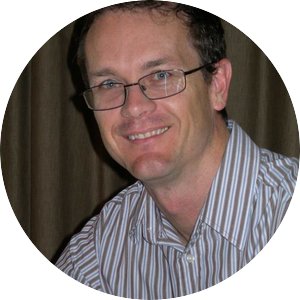 My research focus is on fungal rust diseases, which constitute one of the most significant threats to cereal crops worldwide. The recent emergence of the highly virulent wheat stem rust strain Ug99 is of particular concern to world food security. I have used the pathogenic interaction between flax and the flax rust fungus as a model for understanding the molecular basis of rust disease as well as host resistance mechanisms. Disease resistance in this system is governed by the gene-for-gene model, where resistance depends on an interaction between host resistance (R) genes pathogen avirulence (Avr) genes. Host R proteins constitute the recognition components of the plant innate immunity system and function to recognize specific proteins produced by the pathogen, the Avr proteins, and then induce a localized defense response that prevents infection. Our work has identified rust Avr proteins as members of a class of small secreted proteins that are translocated into host cells during infection as disease effectors that promote infection.

Advances in the flax rust system are now being applied to important cereal rust diseases, particularly wheat stem rust caused by Puccinia graminis fsp tritici (Pgt), in order to develop improved control of these diseases in crop plants. We have been cloning stem rust resistance (Sr) genes in wheat and analyzing their function as well as using comparative genomics and mutational screening to search for corresponding avirulence genes in Pgt.