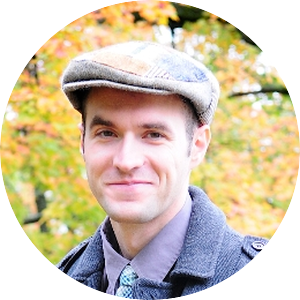 I serve as the director of the Plant Disease Clinic at the University of Minnesota. The clinic diagnoses thousands of samples per year submitted by homeowners, government agencies, and private industries in horticulture, landscaping, forestry, and agriculture. It also serves a vital function in protecting national food biosecurity by acting as the sole surveillance clinic representing Minnesota in the National Plant Diagnostic Network.

The main responsibilities of Brett Arenz’s appointment are in directing the Plant Disease Clinic (PDC) and contributing to the teaching mission of the department. The PDC saw a fairly steady year in 2016 with over 2200 samples submitted and diagnosed by PDC staff representing over 140 different plant host species. Oak Wilt remains one of the most consistently submitted samples during the summer but the above average precipitation during the growing season appeared to also contribute to an increase in other fungal diseases such as Gray Mold, Anthracnose, and Rhizosphaera (to name just a few). Garlic bloat nematode also continues to be an emerging problem for growers in Minnesota and Wisconsin. On the teaching side of things, Brett made a significant change to the undergraduate course PLPA 2003: Plague, Famine, and Beer; by converting from a classroom course to a fully online course in Spring of 2016. This also allowed enrollment to increase from 40 students in the classroom in 2015 to 100 students online in Spring 2016. There are significant challenges to teaching an online class but also a great benefit in increasing the plant pathology footprint in undergraduate education at the University of Minnesota.

A life goal was achieved by Brett in 2016 when he was able to teach a new honors seminar that he proposed: HSEM 2628h, Science Fiction and Biology. This class focused on the analysis of how the biological sciences are depicted in science fiction film and literature. Students determined how “realistic” these fantastical organisms and environments are in view of what is currently known in the biological sciences. For example: the life cycle of the xenomorph depicted in the Alien(s) movies appears to be similar to parasitic wasps in that it implants its eggs in living hosts of other species, so realistic in the sense that it mirrors an actually successful reproductive strategy. However, the students also were able to determine that the xenomorph life cycle also contains similarities to the formicidae (ants) in that there is a single queen and multiple drones. The class then discussed the relative pros and cons of these strategies in an evolutionary/ecological context. In hindsight, Brett found that it was an excellent way to engage students in biology that otherwise might have remained oblivious to the wonders of the natural world here on Earth. Most importantly, Brett was able to retroactively reinforce the concept to his mother that a youth spent reading science fiction books would someday have tangible value.