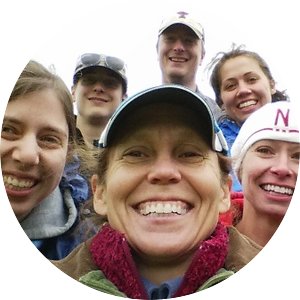 Epidemiology and Ecology of Plant Diseases

Research in my laboratory is focused on the ecology of plant-associated micro-organisms, especially antibiotic-producing bacteria, in native prairie and in agricultural soils. Antibiotics are hypothesized to confer a selective advantage to the producer when competition is important to microbial fitness. Antibiotic-producing microbes can also have significant negative effects on soil-borne plant pathogens, and can enhance plant fitness. Our work is directed to identifying factors that influence the frequency and intensity of such activities within the soil-borne streptomycete community. We have recently quantified the genetic and phenotypic diversity of antibiotic-producing streptomycetes in native prairie soils, and in prairie soils that have been subjected to enrichments in nitrogen or atmospheric CO2.me. In native prairie soils, we have also been evaluating the hypothesis that some plant species actively enrich the indigenous antibiotic-producing bacteria as a means of protecting themselves from soil-borne plant pathogens (protective mutualism). In addition, using both experimental and modeling work, we have been studying the co-evolutionary dynamics of inhibition and resistance among soil-borne microbes, and the influences of genetic relatedness, spatial proximity, and nutrient utilization on the probability of inhibition among streptomycetes. In agricultural soils, we have been using green manures to alter the naturally-occurring soil-borne microbial populations in an effort to enhance indigenous pathogen inhibitory activity. Using this approach, we have been successful in significantly reducing multiple soil-borne diseases, including Phytophthora root rot on alfalfa, and Verticillium wilt and scab on potato. Finally, recent work has also considered inoculative strategies for controlling soil-borne plant pathogens.