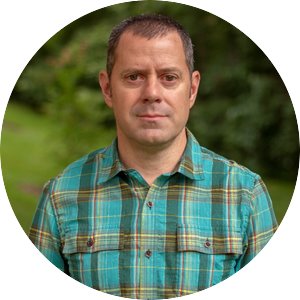 Wheat stem rust, caused by Puccinia graminis f.sp. tritici is a re-emerging disease, posing a new threat to wheat production worldwide exemplified by the epidemics caused by races in the Ug99 race group in East Africa.

My main research interests include: 1) the enhancement and diversification of genetic resistance to stem rust in durum and bread wheat, and 2) monitoring the occurrence, spread, and evolution of new strains of the stem rust pathogen with virulence to effective and widely used resistance genes. My research efforts are directed to identify, characterize, and genetically map new stem rust resistance genes effective against Ug99 and other dangerous races in durum wheat, and its wild and cultivated relatives. I am also involved in surveillance, and race analysis of stem rust samples from East Africa (mainly Ethiopia) and other important wheat growing regions in the world. My research is conducted mostly at the USDA-ARS Cereal Disease Laboratory at the St. Paul campus, working in close collaboration with multiple international partners around the globe.

In addition to my research responsibilities, since 2011, I have been responsible for developing and implementing a 6-week training program in cereal rusts prevention and control for international scientists. This training program, under the aegis of Stakman-Borlaug Center for Sustainable Plant Health, provides an experiential learning opportunity for international scientists interested in increasing their scientific knowledge and acquiring practical skills in all facets of working with cereal rusts.