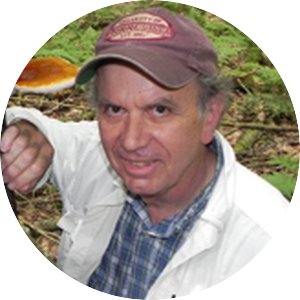 My major interests are in the area of forest pathology and wood microbiology with research in tree defense mechanisms, deterioration processes of wood, biotechnological uses of forest fungi, biological control of forest pathogens, and the conservation of archaeological wood and wood of historic value. Projects involve novel, interdisciplinary approaches to solving tree disease problems and understanding the biology and ecology of forest microbes.

There has been a whirlwind of activity for the forest pathology group this spring and summer. Cristina Toapanta led an expedition to the far reaches of Yasuni National Park in the Ecuadorean Amazon to study fungi producing aerial rhizomorphs. You are likely familiar with the underground rhizomorphs of Armillaria found here in Minnesota but in the tropics, some fungi produce these structures above ground. Cristina is studying the biology, ecology, and pathogenicity of these fungi. With funds from the Minnesota Invasive Terrestrial Plants and Pests Center, we are also studying the fungi associated with the emerald ash borer (EAB). This insect pest is moving through Minnesota killing large numbers of ash trees. Graduate students Nick Rajtar and Sofia Simeto as well as Ben Held (research scientist), Kathryn Bushley (coinvestigator, Dept. of Plant and Microbial Biology) and David Showalter (post doc) are working to identify canker and decay causing fungi in galleries of EAB as well as entomopathogens that could be used for biocontrol. We are continuing our studies on subterranean fungi in mines and caves of Minnesota. These investigations are now focusing on native microorganisms that are inhibitory to the fungus causing white nose syndrome of bats. Graduate student Liam Genter has mapped the location of the white nose pathogen using qPCR in Mystery Cave and the Soudan Mine and collaborator Christine Salomon from the Center of Drug Design is identifying new compounds from the fungi isolated that inhibit the pathogen. A few new projects have also begun. Grapevine trunk diseases have been taking a toll in vineyards of Minnesota as they have in all grape growing areas of the world. This collaborative project with Matt Clark in Horticulture and Annie Klodd, Extension Educator along with new plant pathology graduate student Davy DeKrey is identifying the fungi attacking grapevines in Minnesota and working to find successful control procedures. We also have studies underway on the fungi and degradation occurring in archaeological wood at 11 sites in Greenland. You may have heard that the changing climate has resulted in massive loses of glacier ice in Greenland this year. This has also resulted in the defrosting of soils and the acceleration of decay in wooden artifacts at several archaeological sites. This study with the National Museum of Denmark is identifying fungi and the decay they cause in wood from ancient cultures (2500 BC) up to Norse settlements ( 985-1450 AD). Investigations on Ganoderma also continue with studies on the Ganoderma applanatum complex in the US, the Ganoderma of Puerto Rico and a graduate student of old timer Carlos Perez from Uruguay, Nazaret Ramirez, spent the summer with us on an internship studying the Ganoderma and other wood decay fungi from native forests of Uruguay. Lastly, graduate student Eric Otto is finishing his dissertation on Heterobasidion Root Disease in Minnesota. He recently accepted a position as Forest Health Specialist for the MN DNR.Check out all the recent publications and updates from the group at this website.